Greg started Karate in 1984 at the age of 6 after following in the footsteps of his older brother Stuart. His KYU gradings were under the watchful eyes of Sensei Andy Sherry and Sensei Frank Brennan.

Greg took his Shodan (1st Dan) grading in 1988 at the age of 10 under Sensei Sherry and his Nidan (2nd Dan) 2 years later with the late Sensei Enoeda. Due to grading rules he would then have to wait until he was 21 before he could grade again.

With such a long wait to grade again he focused his attentions on training and entering  competitions, with great success. 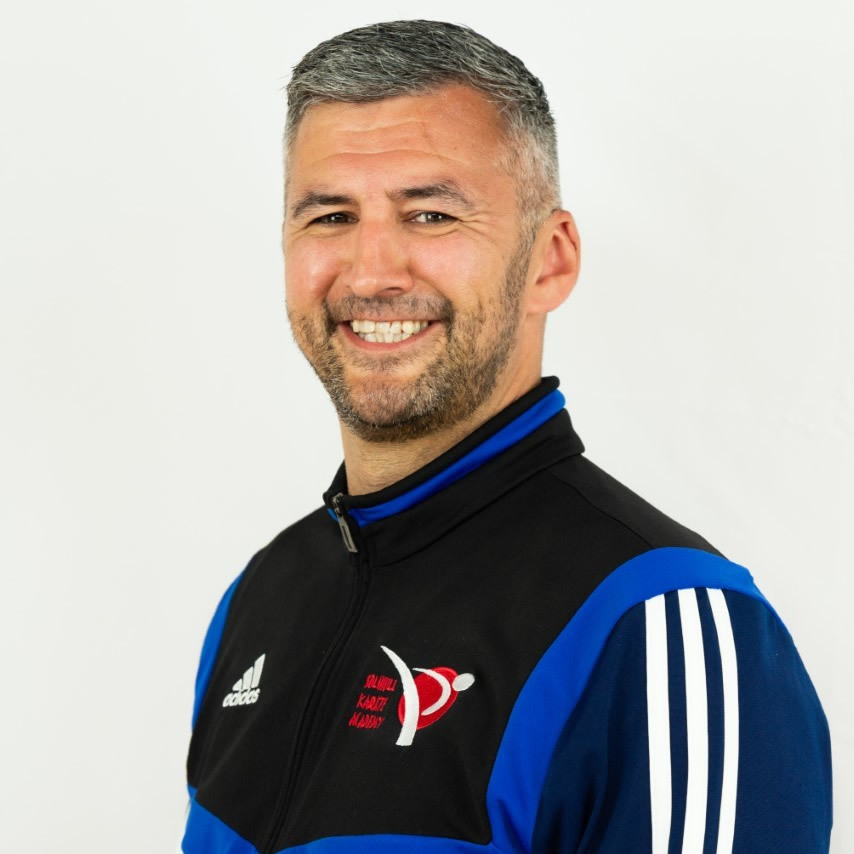 Over a period of 20 years below are just some of the titles he won (man and boy):

After winning a Silver medal at the National Championships the previous year in 1992 Greg was invited by Sensei  Andy Sherry to train with the KUGB England Junior (16-21 years) squad. At the age of 14 Greg was one of only three Squad members under the age of 16.  Greg went on to become an integral part of both the KUGB English and British Teams.

After representing England as a Junior he went straight into the British Senior Team for the JKA World Championships that were held in Tokyo, Japan, competing at the world famous Nippon Budokan and helping the team win a Bronze medal. Later that same year he went on to win an Individual Bronze medal in the ESKA European Championships.

After a 10 year absence from competition due to injury and starting a family Greg returned for a period of 3 years winning a World Championship, two European Championships, a World Silver medal and a European Bronze

Greg runs Solihull Karate Academy in a fun, family like environment as he feels it is important for the members to enjoy themselves while learning the fundamentals of Karate.

All of our Instructors are fully qualified after completing a rigorous National training programme. They are all fully DBS checked and complete a recognised First Aid course annually.

They all started and continue their training under the guidance of Sensei Hegarty.  Some of which are currently members of the KUGB England Squad 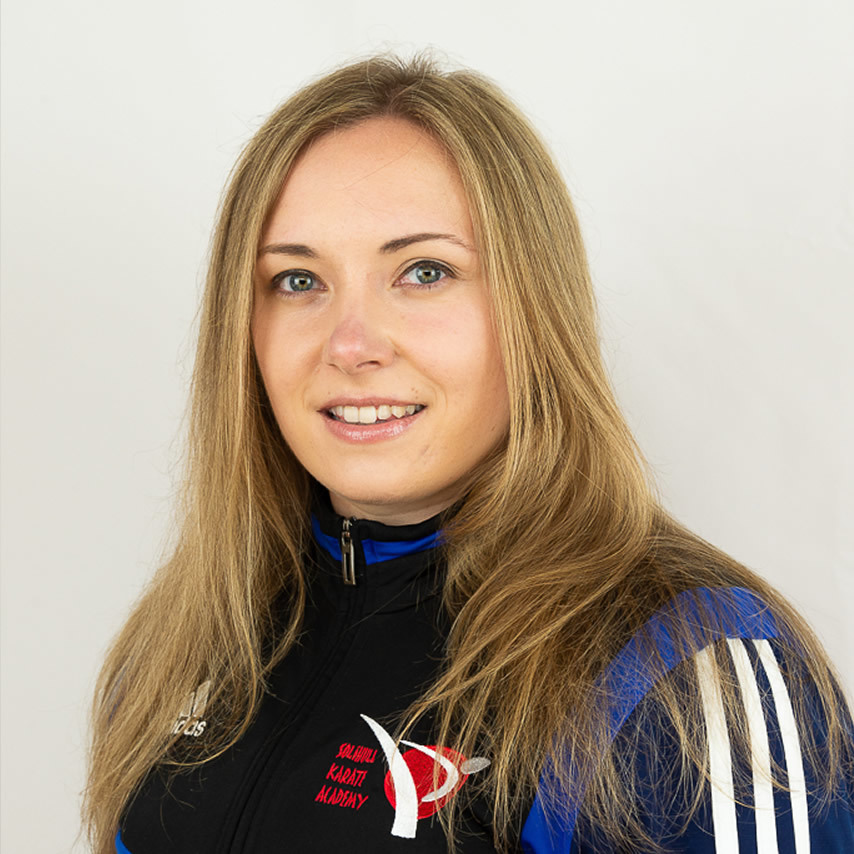 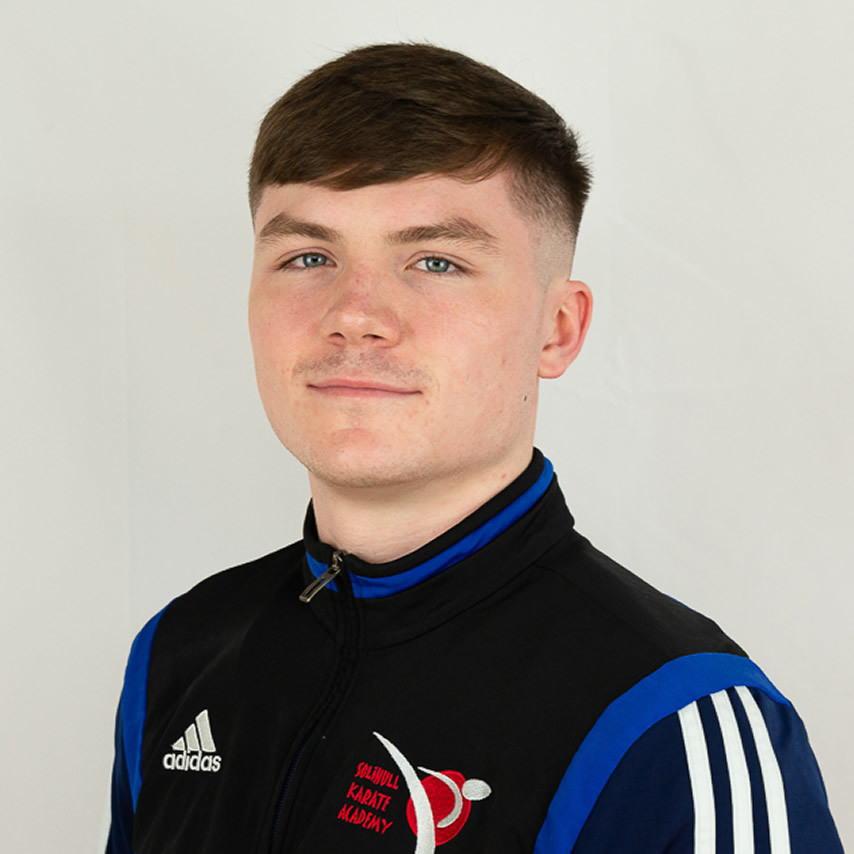 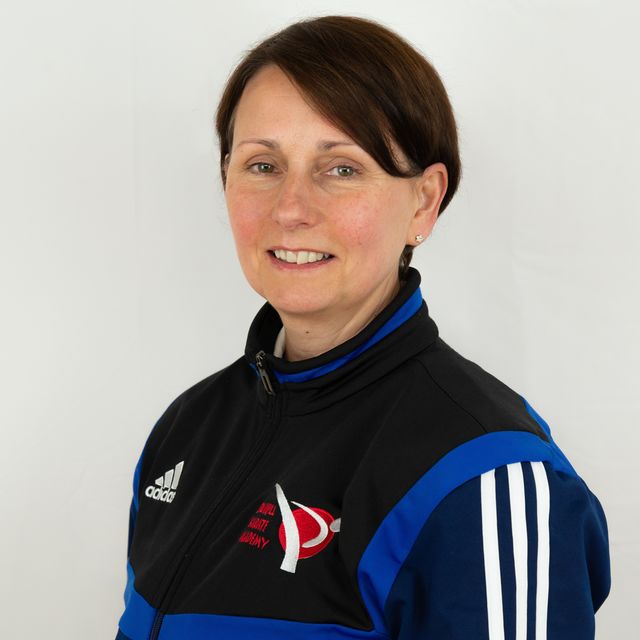 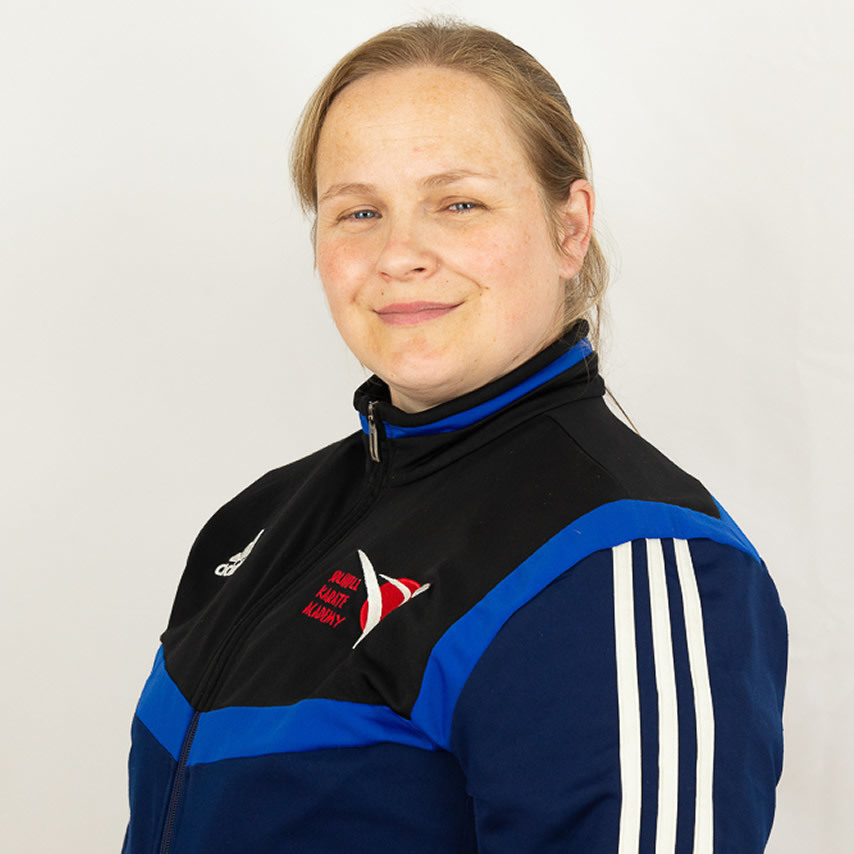 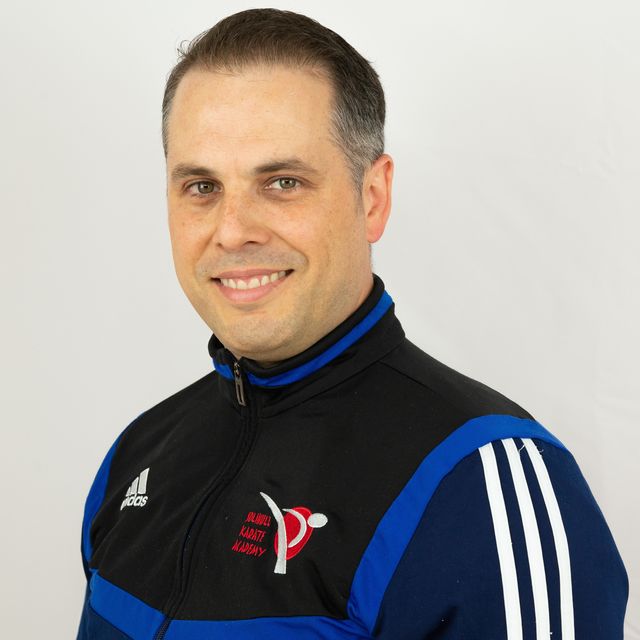 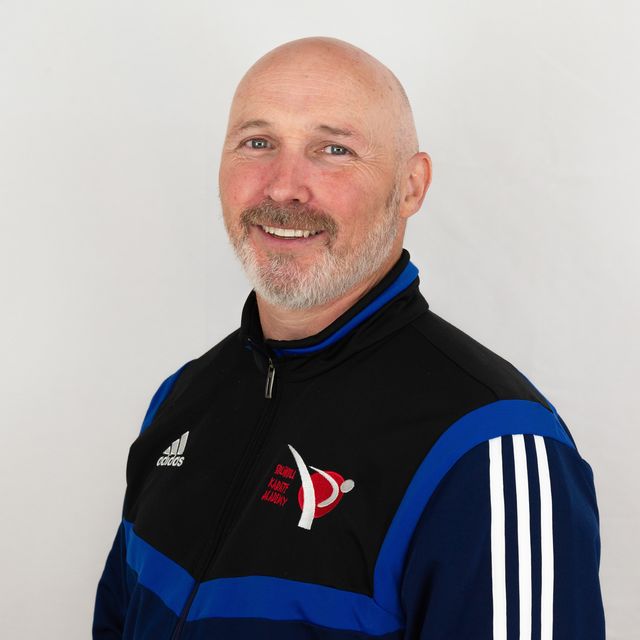 Our National Young Leaders programme provides our younger members with the opportunity to progress as individuals. Completing a range of Instructional tasks which are monitored by Sensei Hegarty. There are three consecutive levels (Bronze, Silver and Gold). These are awarded based on the number of hours assisting our Instructors 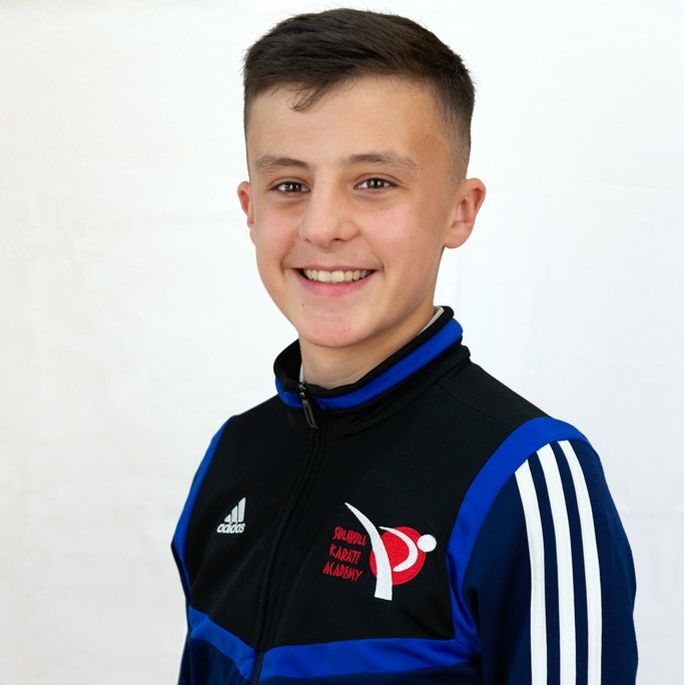 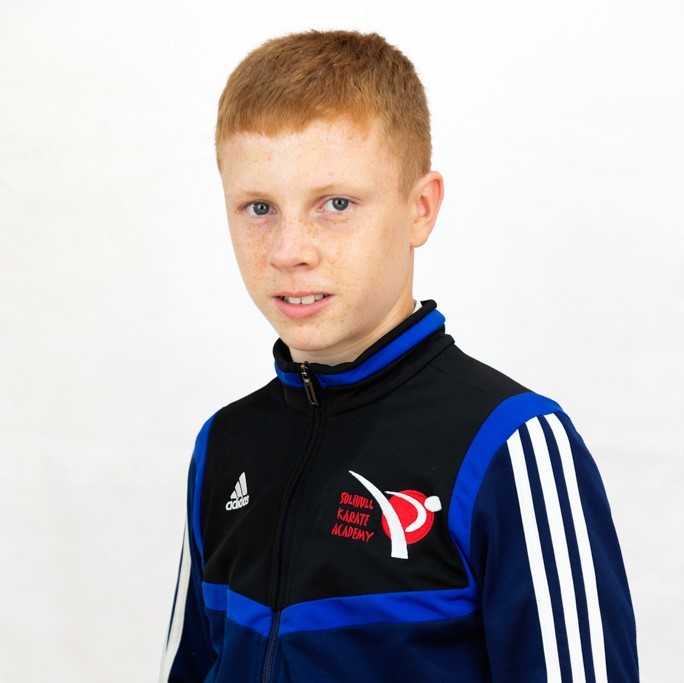 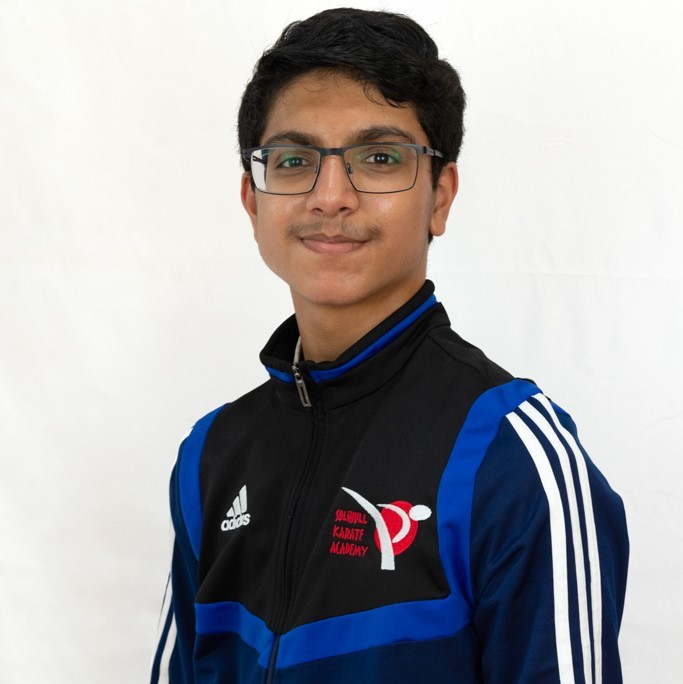 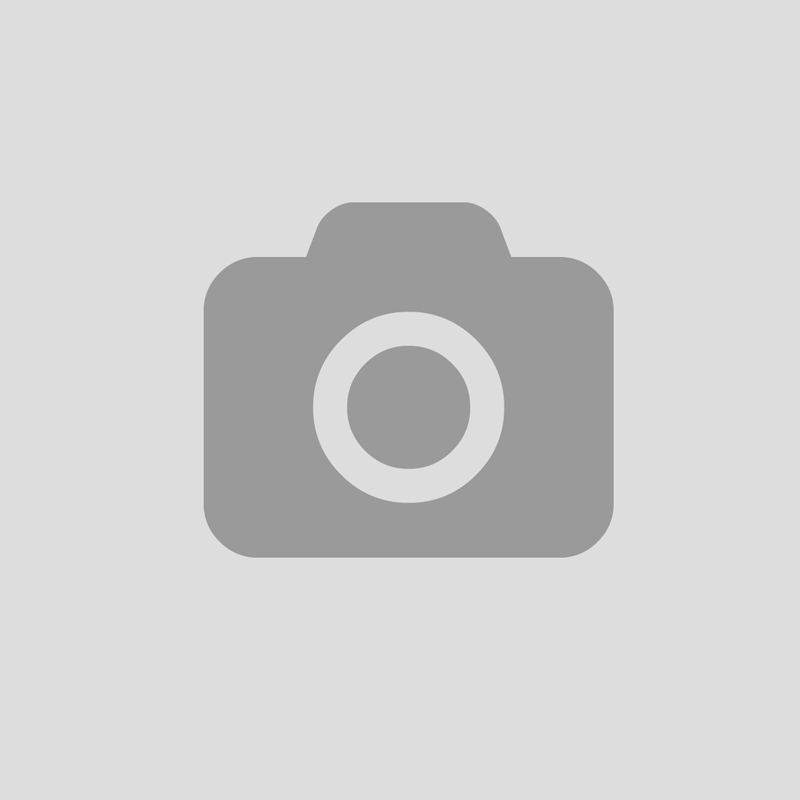 My child started at Solihull Karate Academy in late 2017. I had no idea that this club would become such a big part of all of our lives. The children, the parents and indeed Sensei Greg Hegarty have been nothing short of family. Jay has been through more than most others for his age and Karate has been the most constant and consistent part of his life. This didn't change through school holidays or even during a world wide pandemic. Greg's commitment to the students is second to none. He has taught them discipline, resilience and confidence. Jay recently got his black belt and recognises that this is where the real work starts. I would recommend this club to anyone young or old

Alfie started karate at the beginning of junior school when he was 7 yrs old and took to it very quickly, keen enough to train 3 times a week. He has been practicing for just over 4 yrs and in that time he has been chosen to represent the club at regional and national level and achieved his black belt.
He has felt a great sense of achievement and confidence together with discipline and concentration, the mental and physical benefits have been immeasurable!
Incidentally Alfie's Dad also gave it a go and is thoroughly enjoying being part of the SKA family

Ayla loves the club, her Sensei and all of the teaching staff assisting and can't wait each week to go training.

Ayla has accomplished such great results and a good number of achievement rewards and trophies with Sensei Greg Hegarty and the club.

She has also noticeably gained in self awareness and confidence too, which is fantastic.

We as parents, have found the club to be very welcoming to all regardless of ability or grade and the kids and families attending are all so supportive and friendly too. A really great family enviroment.

Ryan joined Little Ninjas Dec 2013 aged 5 years old. We wanted to find a new activity and hoped Karate would help with his excess energy, his concentration and most importantly his self confidence. Ryan thoroughly enjoyed Little Ninjas as Greg made the sessions fun, incorporating games whilst learning karate techniques. Ryan's aim in the early months were to move to "the big group" and start working towards a black belt. His love for Karate had begun.

Ryan is incredibly inspired by Greg's karate achievements and with Greg's support, encouragement and enthusiasm this has motivated Ryan to set high personal targetsfor himself.

In June 2018 Ryan passed his 1st Dan grading and finally got to wear his black belt, in his words "my biggest achievemnet ever!"

Karate has definitely given Ryan the self confidence we were hoping for as he has represented the club on numerous occasions, his confidence growing after each competition and his self esteem built when coming away with medals and trophies.

Having trained for more years than I bear thinking about, almost exclusively in a club in Newcastle upon Tyne, it was surprisingly daunting to start with a new club when I moved to Birmingham. I sought advice from a great number of respected and equally elderly karateka and the one name on everyone's lips was Sensei Greg Hegarty. He has not disappointed. A lovley community of karate of which I am proud to be a member.

As a support for members during it was a shining example throughout. Sensei was always there, constant, calm and serene, looking out for everyone in the club, providing new and inventive training to keep us motivated.

Top quality teaching from a top quality karateka and human being. I cannot recommend the club highly enough.

It was almost worth moving to Birmingham just for the opportunity.

I Joined Solihull Karate Academy 5 years ago, It is a great club to be a part of, everybody is friendly and sometimes I can say it definitely feels more like a family. My two boys joined first then my husband and I decided to join. I had trained in karate when I was younger and had always regretted giving it up, I am now a 1st Dan Black belt and I also help out with teaching the classes, which are both great achievements.

Karate builds confidence both mentally and physically and also to be respectful and disciplined, karate is a great way to keep fit and active as an individual or as a family.

Sensei Greg Hegarty is a fantastic teacher if you train hard and put in 100% effort and more he will definitely bring out the best in you and help you achieve your goals.

I have done lots of different exercise classes over the years, however, the best all round work out has to be Karate.  It was something that when I was younger, I had often thought about trying but never found or made time for.  When my children joined the Club a few years ago, I decided to give it a go and I have never looked back.  I am fitter, stronger and more confident after having practiced Karate regularly for several years.  Shotokan Karate is a fantastic Martial Art teaching discipline alongside sport.  Whilst getting fit, you exercise mind and body by learning Kata, Kihon and Kumite – the skills taught for fast reaction and self-defence.  Our Club is a friendly environment within which to train and has certainly given my children an inner confidence, kept them fit and helped them form new friendships. Sensei Hegarty is a great instructor and has taken me, my husband and my son on a karate journey from White belt up to First Dan Black belt. I really enjoy Karate and I am sure that I will continue to enjoy training for many years to come.

Why sit on the bench watching the children?  Try it out and I guarantee you’ll be happy you did.

I would like to say thank you to Solihull Karate Academy for the fantastic three years that we spent with the club. Due to a change in my workplace we moved out of the area and it’s been really tough leaving this fantastic club. Special thanks to Sensei Hegarty for the excellent karate classes and the wise advice preparing us for the gradings and competitions. This club is like my second family, I've made lots of friendships, so did my sons.

A fantastic team and lovely people to train with. Big thanks to everyone!